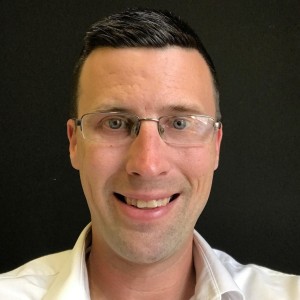 Software development can be painful.  We have experienced that pain and setup our agency to avoid common causes of project pain.  In the series we are laying out common reasons why developing software as an entrepreneur or small business can seem like torture, and what we do to make that pain go away.

In this article I want to discuss a third common pain which we call:

One of the most common complaints I’ve heard about software development, especially when working with freelancers and agencies is a lack of communication.  It’s typical to hire an agency (especially a cheap one) and not hear from them for weeks or even months as they burn through your money.  Many people have told me “I hired {insert agency here} and I sent them a huge check, and now they won’t even pick up the phone when I call them.  They’ve gone dark, I feel like they are ghosting me.”

This usually happens when the project is paid for in a lump sum and there is actually a good reason for this. It makes total sense if you think of it from the agency’s perspective…

When you start the project, you agree on terms.  The agency is happy (because they have money) and you are excited.  The longer the project goes on, the more that pile of money seems thinner and thinner, and every bit of client communication is threatening scope creep or asking you to redo something you’ve already done.  So near the middle of the project the relationship completely changes.  The client is unhappy because he isn’t being communicated with and the agency is miserable because it is running out of money.  So communication stops.

The client is upset because they aren’t being listened too.  They feel like every bit of suggestion and feedback they give is being filed in the round can next to the programmer’s desks and then when the agency stops listening entirely, the train goes off the tracks completely.

Basically, the problem is inherent in the billing model.

So we counteract the black hole problem two ways:

First, we refuse to do project based billing.  When you work with buildonline, you are working with a team and hiring us on an ongoing, per hour basis, billed in two week sprints.  This means that, at the very least, you are going to hear from every two weeks, because if you don’t, we won’t get paid.  This removes the inherent billing model problem because unlike project based billing, which incentivizes less communication, sprint based billing actually incentivizes collaboration.

Second, we counteract the black hole by setting up a recurring schedule of client meetings.  We meet with clients as many as three times a week to let them know what is being done and how many hours it’s taking.

Third, we also give our clients transparent access to our internal todo lists and to spreadsheets we use to track hours/estimates.  We also involve them in planning each sprint.

So for us, its actually fairly common for clients to tell us we communicate too much.  By viewing ourselves as an extension of the clients team, billing for our time as employees, building recurring meetings into our systems and processes and giving full access to our internal communications and productivity tools – we feel like we’ve completely killed the black hole.